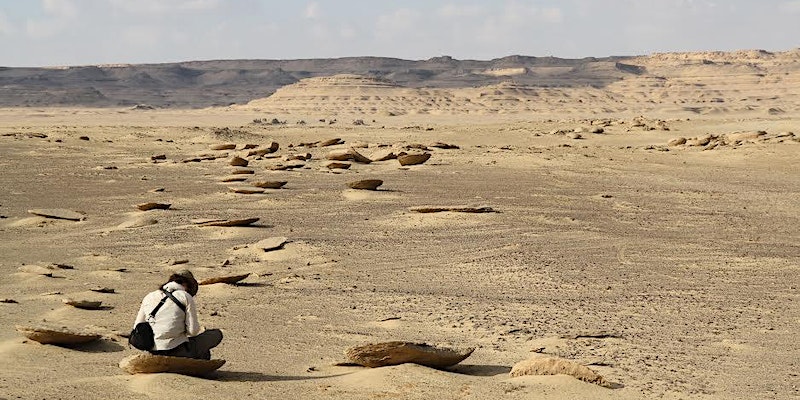 Archaeological research on the Fayum north shore: Past, present, and future

The Fayum north shore has been subject to archaeological inquiry since the 19th century. Since then our understanding of the Fayum has developed along with the changes in archaeological methods and theory. Located north of Lake Qarun in the Fayum Depression, southwest of modern Cairo, the area has evidence of human occupation from the Middle Paleolithic to the modern day. In particular much attention has been given to the early and middle Holocene occupation of the area.

Changes in human occupation and socio-economy in the area reflect the wider changes that occurred in the Nile Valley and the Western Desert during these times. Climatic shifts also affected the habitation of the Fayum, and influenced the way people interacted with the environment there. In this presentation the early and middle Holocene history Fayum north shore will be discussed. The role of archaeologists and historians in creating narratives about the Fayum north shore will also be considered and the changing lines of evidence that are used.

Dr Joshua Emmitt graduated from with a PhD in Anthropology from the University of Auckland in 2018. His research examined the use of ceramic material from middle Holocene Egypt as a proxy for human movement. Portable x-ray fluorescence (pXRF), volume, and functional analyses of ceramic material housed in museum collections was undertaken for this purpose. The research found that people moved around the landscape more than was previously considered. He is interested in the use of 3D technologies in archaeological research, and since 2012 has run the survey on the Ahuahu Great Mercury Island Project in New Zealand. In addition he has worked on archaeological projects in Egypt and Australia. As part of this work his research has involved the management of big data in archaeology and how we structure records from the field to their final presentation. He has also done some work into the analysis of museum and archival records with new analytical techniques that can be used to make new interpretations about the past.